I am Beth’s friend, Bethany.  I am married to Andy…not to be mistaken for the Andy of this blog.  Although, my Andy also uses a scale for rating food that I make.  And both Andys work at the same company…and are on the same crew…Andy and Beth…Andy and Bethany…are you confused yet?  Beth and I didn’t even know each other until we both moved to WI (Beth two years after me) after marrying our aircraft mechanic men.  We met at our church, randomly, when our Andys recognized each other from work (before they were on the same crew).  Isn’t that fun?  She is a gift from God, for real.

Beth is going to hate me for this, but I must tell you:  she is an amazing friend, and I love her.  She is hilarious and genuine, generous and talented, loyal and feisty, intelligent and laid back, etc. etc.  And the even better part is that I know my Andy feels the same about her Andy, but of course in a more manly, unemotional, let’s-not-put-it-into-words way.  Andy and Beth have proven themselves to be faithful friends.  Plus, we have two kiddos who just adore them, and we did not force them to do so…promise!

Anyway, let’s get down to business!  Andy and Beth have been kind to let me pick up and have their CSA produce while they are on vacation!  It was kind of like Christmas morning on Wednesday evenings around here.  Dork.  I know. 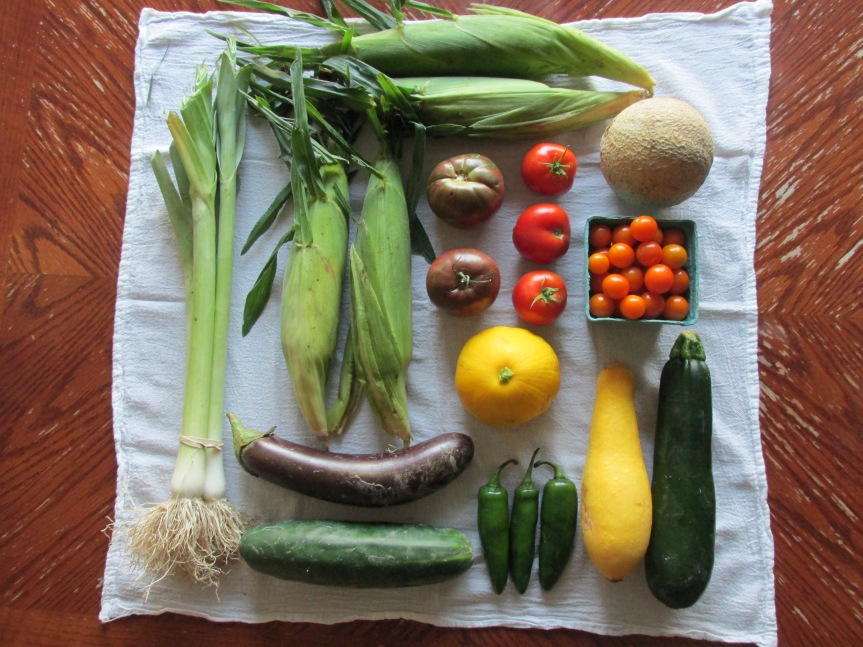 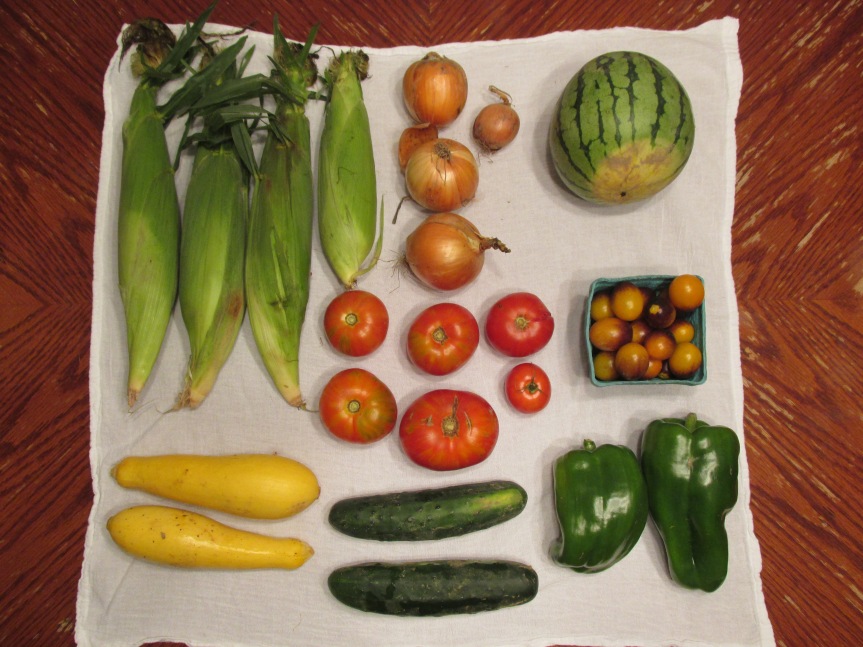 My favorite new things to try were this: 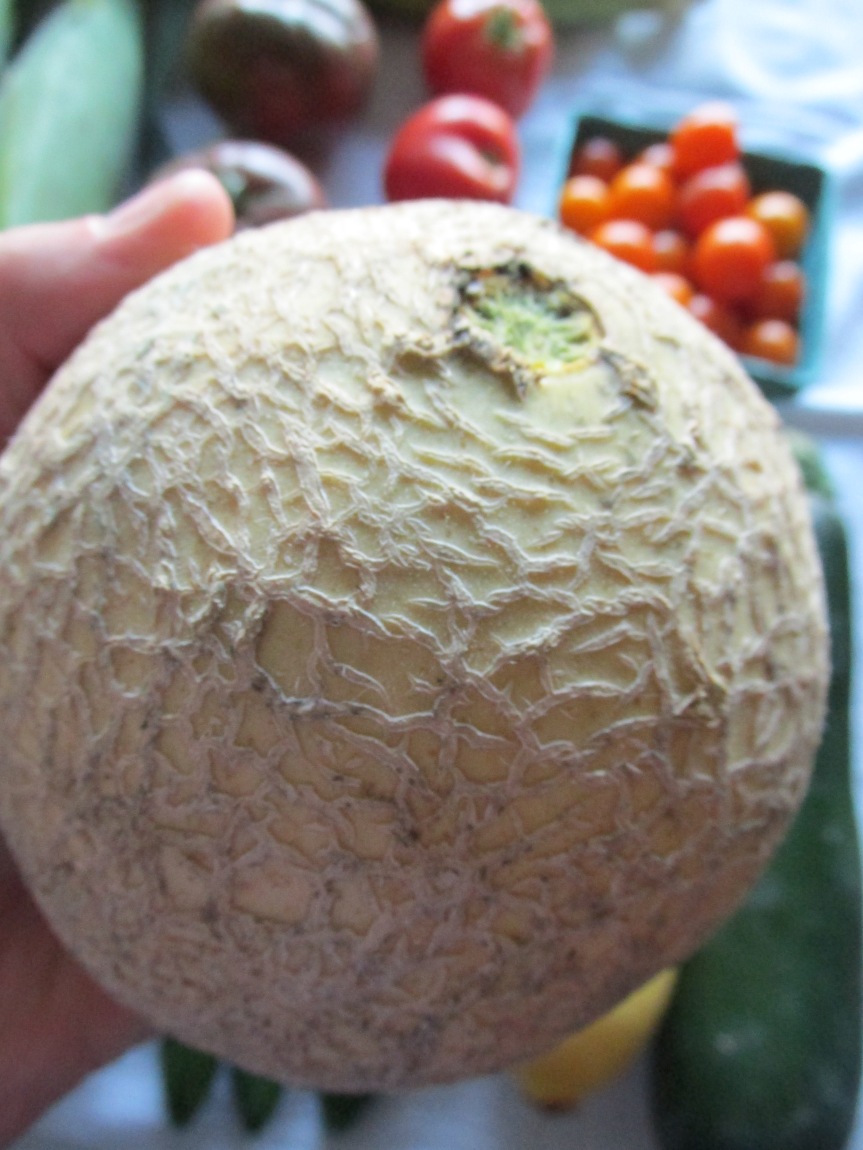 tiny cantaloupe.  It was quite sweet since it was so small.  Delicious.

special, beautiful, yummy tomatoes.  I believe the CSA man said they were a Cherokee Purple variety.  Some claim that purple, or black, tomatoes have a stronger, almost smoky flavor.  I found that to be true!  I prepared these by slicing them and then eating raw with evoo, S & P, fresh basil, and parmesan cheese.  So, so good.  It all tasted like summertime. 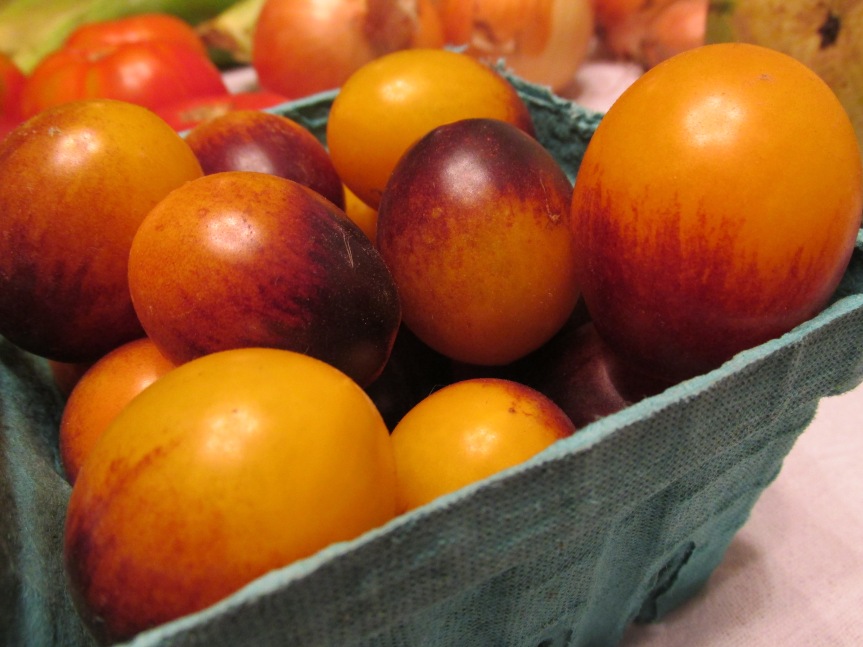 indigo kumquat tomatoes.  They have a different flavor that I cannot put my finger on.  Fun and different!  I am going to pick up some fresh mozzarella to eat with them and will add fresh basil, balsamic vinegar, and S & P.

vintage wine tomatoes.  Well, if that is their name…they cannot possibly taste bad.  Plus, they are pretty.  So, there you go.  I am going to try some in this recipe for angel hair pasta with raw tomato sauce for dinner tonight!  I am guessing it will be delish, as it is a Smitten Kitchen recipe.

yellow watermelon!  Look how little it is!  Have you ever had one before? 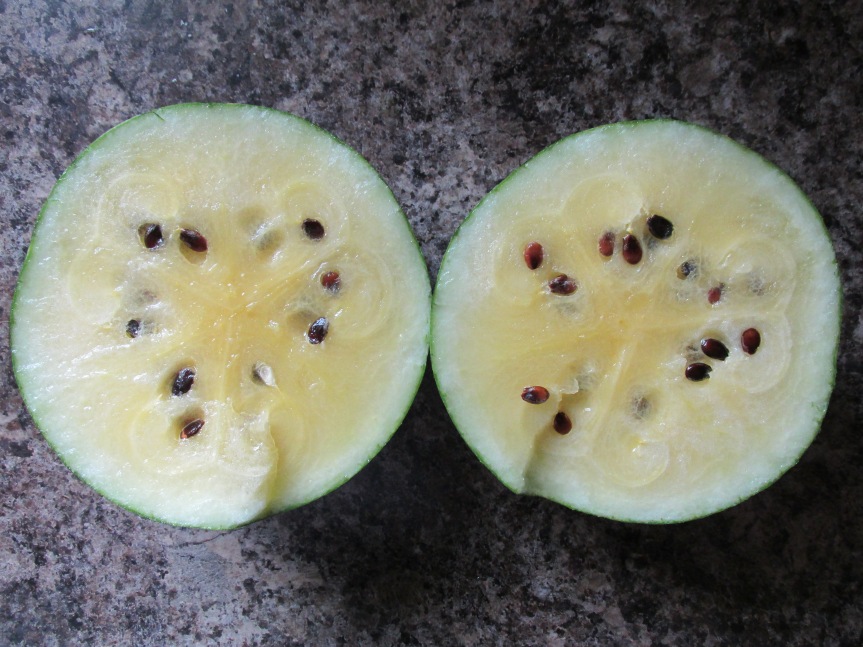 I think it is a bit less sweet than regular watermelon.  And obviously, this was not a see!dless one.

I love how creative God is with His veggies and fruit.  He could have just made regular ol’ red tomatoes.

The zucchini and squash I am going to turn into fritters, which will be my first fritter-making-experience.  I am excited to try them!  Again, dork.

The rest of the produce, besides the leeks, we have either eaten raw or roasted.  I think all that Beth may get when she gets home is the jalapeno peppers, unless I get around to making some pico de gallo with it.

Now, let’s talk about those leeks.  What do I do with leeks?  Part of what made me look forward to picking up the CSA was to try a new recipe with produce that I don’t normally buy.  It is my version of adventure sometimes!  I bought leeks a long time ago and made leek soup out of them.  Andy was not impressed and kindly asked that I not repeat that recipe.  Ha!  The CSA people sent out some recipe links with their pick-up reminder e-mail, so I decided to give their recommendation for French Leek Pie a try.  I mean, come on, butter and cream and cheese and pie crust.  Hello.  Add almost anything to that, and it would be good.  I know this was not a healthy way to eat leeks, but you know, yum.

First, I had to refresh my memory on how to clean and chop leeks, so I used this method.

They kind of look like celery.  I think they smell like a combination of onions and celery.  They are in the same family as onions and garlic, though, and I would say that they taste like it.

I like the idea from the video of roasting or grilling leeks if you are not going to chop them up for a recipe!

Anyway, back to our regular broadcast:  the recipe did not disappoint!  Andy gave it a 5!  He even made the worst pun I have heard in awhile out of the recipe title (see below…bahaha!).  It tasted like caramelized onions in a creamy, savory custard.  I used this pie crust recipe, which Beth and I tested in our pie-crust-testing days and voted to be the overall winner.

I decided to be like my sister, Anna, and themed my dinner.  French:  so I made “French” green beans by slicing them in half length-wise and “French” beef by using my brother-in-law’s home-raised beef and adding traditional French herbs (fresh rosemary from Beth’s garden, oregano, and thyme).  (Side note:  my brother-in-law is French because his last name is Roghair.  Actually, I think he is Dutch, but I pretended that he is French for the purpose of this meal.)  Andy just laughed at me, but he stopped laughing when he tasted the pie. 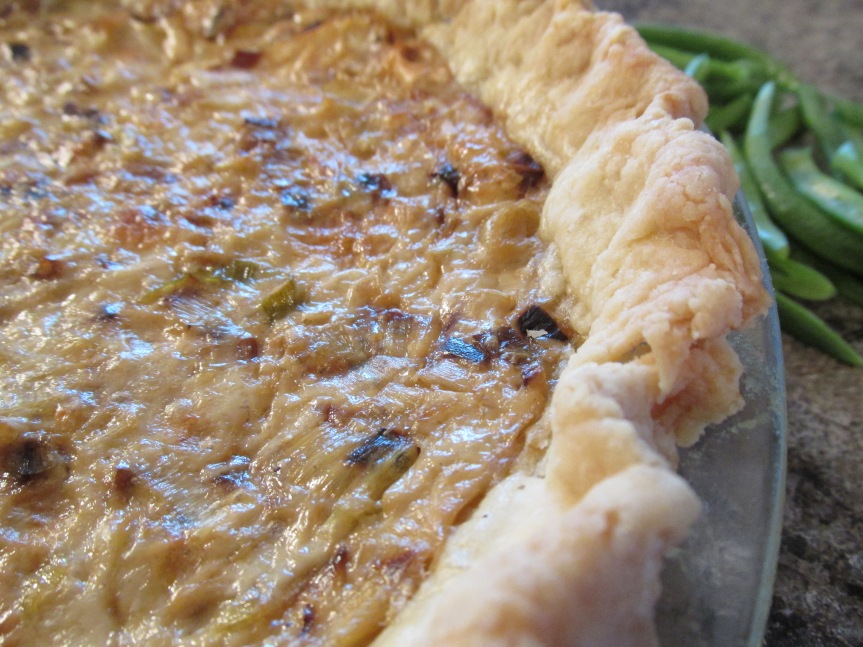 Melt butter in a large saucepan over medium-low heat.  Stir in leeks; cook, stirring occasionally, for about 10 minutes, or until soft.  Season with salt and pepper.  Reduce heat to low.  Stir in cream and cheese, and warm through.  Pour mixture into pie shell.

Bake in preheated oven for 30 minutes, or until custard is set and golden on top.  Allow to sit 10 minutes before cutting pie into wedges.

Thanks for reading!  I am glad to have Beth home soon!  You can look forward to a camping food post from her in the near future perhaps?